Get fresh music recommendations delivered to your inbox every Friday.
We've updated our Terms of Use. You can review the changes here.

by The Original Chicago Cast 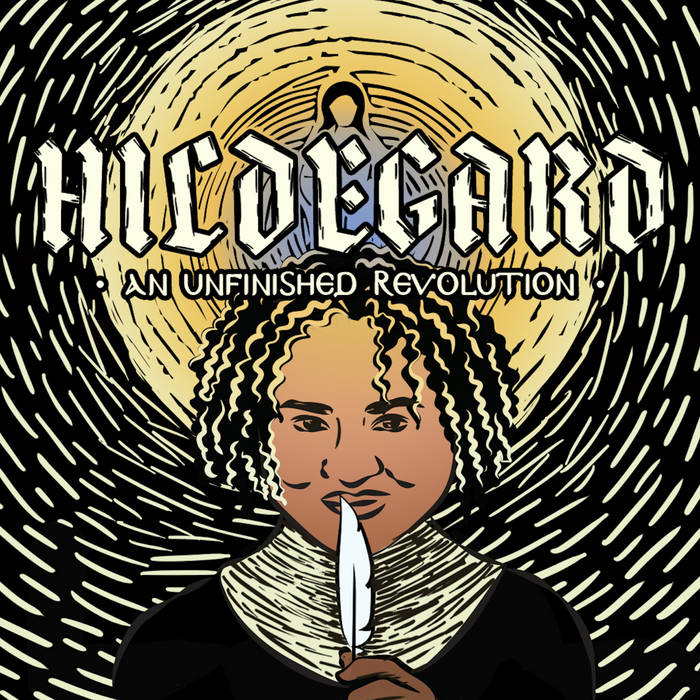 These songs from "Hildegard: An Unfinished Revolution" were recorded live at Sleeping Village on December 8, 2019.

"Hildegard: An Unfinished Revolution" is a musical about the latter 40 years of the life of Hildegard von Bingen, a 12th-century abbess and someday-saint. She was a composer, philosopher, visionary, and pre-Reformation reformer. We see great swaths of fabric connecting Hildegard’s epoch to our own moment in history. How do you change institutions to give power to the powerless? When are you complicit? Hildegard’s life was a revolution on hold, brimming with potential energy. Our musical unleashes that energy.

So what is this album? It’s not the official cast album, though it is sung by the Original Chicago Cast. And most of the songs recorded last December are still in the current draft. Think of this Hildegard live album as a concept album. Like Pink Floyd’s "The Wall." Or even better: Anaïs Mitchell’s 2010 "Hadestown." We envisioned a stand-alone album that features major ideas and musical motifs from the show. The musical is still in development with sweeping changes being made to the book and score. But, for now, this album is a pretty accurate representation of what the show is “about.”

Thank you so much for purchasing "Hildegard Live." We hope it brings you joy in this muggy 2020 summer of change. And keep an eye out for future workshops as we continue developing this pop rock musical about a woman who should never be forgotten.

This project is partially supported by an Individual Artists Program Grant from the City of Chicago Department of Cultural Affairs & Special Events, as well as a grant from the Illinois Arts Council Agency, a state agency through federal funds provided by the National Endowment for the Arts.

Bandcamp Daily  your guide to the world of Bandcamp

Guests John Beltran and Kim Myhr walk us through their magical musical adventures.